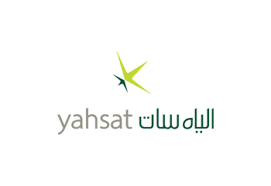 YahSat currently has services covering some 150 countries including DTH and broadband communications.

The final offer price and size is expected on July 9th with trading expected on its date of listing in Abu Dhabi (ADX) of July 14th. The public offer is limited to the UAE only.

The move is expected to be popular in that it is Abu Dhabi’s first IPO since 2017.

The Group has a high-quality satellite fleet that provides services using a wide selection of spectral bands (Ka-band, Ku-band, C-band and L-band). Its first two satellites, Al Yah 1 and Al Yah 2, were launched in April 2011 and April 2012, respectively. The Group’s third satellite, Al Yah 3, was launched in January 2018. The Group also added two satellites, Thuraya-2 and Thuraya-3, to its fleet through the acquisition of Thuraya in 2018, with these satellites launched in June 2003 and January 2008, respectively.

The Group has a 65 per cent stake in Al Maisan Satellite Communication Co. LLC (Al Maisan), the equity partnership with a member of the SES Group operating under the brand “YahLive”. SES Finance controls the business, which provides capacity to DTH television broadcasters using Ku-band capacity on the Al Yah 1 satellite, principally in the Middle East and North Africa (MENA) region and Southwest Asia.