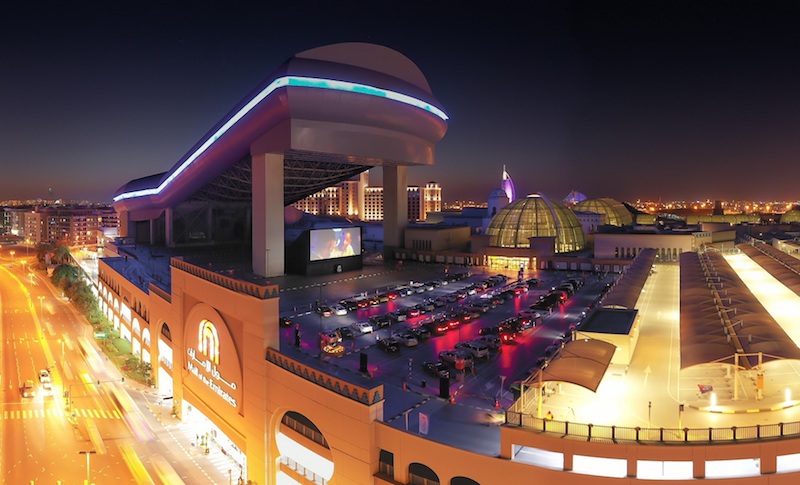 UAE’s Vox Cinemas has temporarily closed its drive-in cinema at Dubai’s Mall of the Emirates in line with the changed government guidelines.

The drive-in cinema, located on the rooftop of the mall, launched to the public on Sunday, May 17.

However, earlier this week, the UAE government announced that its daily sanitisation drive will begin two hours earlier, at 8pm, and run until 6am, starting Wednesday, May 20.

New timings were also announced for malls in the country. They can now stay open from 9am to 7pm with precautionary measures.

The screenings at the new drive-in cinema were being held at 7.30pm.

“In adherence with the government’s updated extension of the curfew in the UAE, Vox Cinemas Drive-In at Mall of the Emirates will be temporarily closed from Wednesday, May 20 until further notice,” a statement on its website read.

The drive-in cinema, which can accommodate 75 vehicles, was charging Dhs180 plus VAT per car (two people max), which includes the movie as well as an F&B package including caramel popcorn, salt popcorn, nachos, M&Ms, soft drinks and water.

Those who purchased advance tickets will receive refunds, Vox said.

“Customers who booked for shows up to Saturday, May 23 are entitled to a refund and will shortly receive an email from our team with further details,” the statement added.

UAE disinfection programme in industrial areas to begin at 6pm