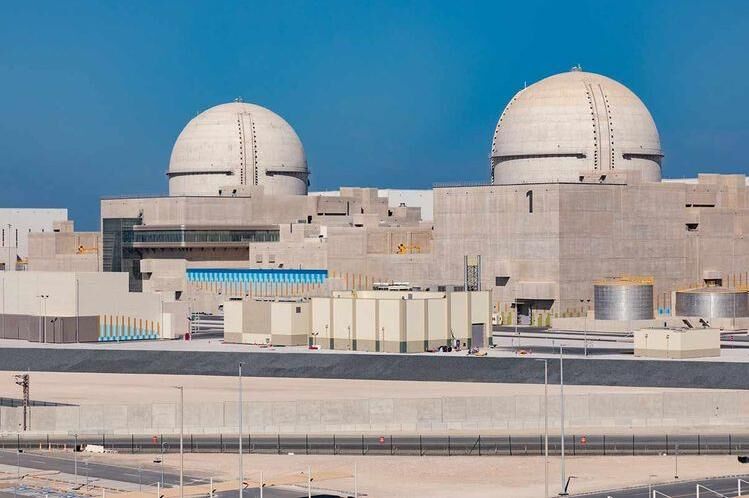 The UAE’s Barakah Nuclear Power Plant began its commercial operations on Tuesday, marking a breakthrough as it becomes the first Arab country to operate a nuclear energy plant.

“The start of commercial operations at the Barakah Nuclear Energy Plant is a historic milestone for the UAE that significantly enhances the sustainability of our entire power sector,” said Sheikh Mohamed bin Zayed, Crown Prince of Abu Dhabi and Deputy Supreme Commander of the Armed Forces, while making the announcement on Tuesday. “We are grateful to those who made this possible and thank them for their diligence and hard work.”

The state-run news agency WAM noted that the 1,400MW Unit 1 is currently providing constant, reliable, and sustainable electricity around the clock. The nuclear plant is expected to deliver a quarter of the country’s electricity production and to eradicate about 21 million tonnes of carbon emissions on an annual basis. It has four APR-1400, an advanced South-Korean nuclear reactor with a span of at least 60 years.

“The UAE set a clear roadmap with solid principles to ensure this project’s development in accordance with the highest international industry standards of safety and quality with full transparency,” said Khaldoon Al Mubarak, chairman of Emirates Nuclear Energy Corporation (Enec). He added that these developments of technological and electricity production through decarbonisation helps to make the UAE a clean energy leader and create tangible socioeconomic and environmental benefits.”

Hamad al-Kaabi, deputy chairman of Federal Authority for Nuclear Regulation (FANR), had stated earlier that first unit would start the commercial operations soon when the operational license of the second nuclear reactor unit at the Baraka nuclear power plant got approved.

The Vice-President and Prime Minister of the UAE and Ruler of Dubai Sheikh Mohammed bin Rashid Al Maktoum took to twitter, saying- “Today, the UAE entered a landmark phase. The effort of 10 years, 2,000 engineers, Emirati youth and 80 international partners. The first megawatt from the first Arab nuclear plant has entered the national power grid.”