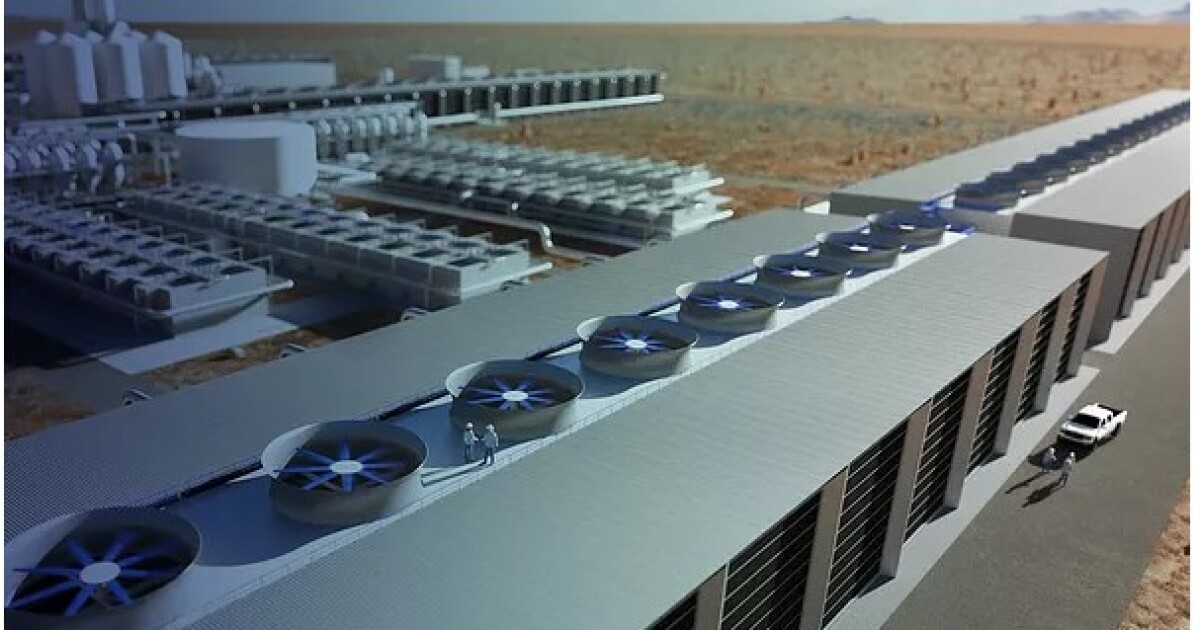 When the CEO of Occidental Petroleum described the company’s future this week, it was clear the company will not be moving away from hydrocarbons.

By 2050, Occidental expects to still be a big oil company, but producing oil and natural gas is not likely to be its biggest source of revenue. Nor will solar or wind.

Several decades from now, Vicki Hollub, the president and chief executive officer of Occidental, predicted that income from carbon capture and storage “will be bigger than oil production revenue.”

During the plenary session for the Unconventional Resources Technology Conference (URTeC) she described how Occidental is scaling up its carbon-capture business, beginning with a facility in the Permian Basin with the capacity to capture 1 million tons of CO2 per year. First announced by Occidental in early 2019, construction is expected to begin by the end of next year.

The planned capacity is 250 times greater than any such plant in existence and will be an early test of the economics of large-scale carbon capture.

While Hollub mentioned developing methods to gather carbon dioxide from industrial emissions, the presentation highlighted pulling the gas from the air. It was strong on the potential and light on dollar figures, such as the cost of the Permian facility being developed by Oxy Low Carbon Ventures.

Hollub predicted the cost per ton of carbon dioxide will drop as it builds similar million-ton-per-year year facilities in Colorado, Wyoming, and Abu Dhabi, plus more in west Texas.

“Once we start building direct air capture facilities the technology curve and the cost curve will come down,” Hollub said, adding, “We will get under the $100/ton cost that most people believe is needed for it go economical.”

She acknowledged there are many saying the cost of capture from the air is too high. To address that issue, Oxy has a group looking for ways to increase the efficiency of these projects while Worley Ltd. is doing front-end engineering for the first plant.

“Each piece of the technology is used in industrial sites today so we should be able to optimize it faster than solar and wind” developers have over the past 10 years, she said.

She said the units will be equipped with incredibly large industrial fans to pull air into units using potassium hydroxide to remove the carbon dioxide.

The company expects to add to that output using an innovation from another of its technology bets, Net Power. The company’s method adds oxygen as hydrocarbons are combusted to generate electricity. The resulting CO2 is recycled through the combustor, turbine, heat exchanger, and compressor, creating power with zero emissions.

To help pay for all of this, Occidental has enlisted United Airlines as a partner, and Hollub said they expect to bring on other big companies looking for ways to offset carbon emissions in businesses where electrical power is not an option.

On the revenue side, the biggest use for the carbon dioxide remains using it to extract more oil from the ground. Occidental is building on 40 years of injecting CO2 into old fields in the Permian to extract more crude.

Occidental has the facilities and conventional fields there capable of producing another 2 billion bbl of oil using CO2 injections, Hollub said in a recent earnings call.

While that is an established method for enhanced oil recovery, its use has been limited by the finite supply of affordable CO2, which has been mostly CO2 captured from exhaust streams. However, a challenge of that method has been the removal of other impurities, particularly at coal-fired generating plants.

Based on that experience, those injections can increase recoveries in a typical conventional reservoir from 45% of the oil in place from primary production and water flooding to 65%, according to the Occidental presentation.

It also predicted that unconventional recoveries could be lifted by about 10%, from 6 to 12% to around 20%.

That prediction is based on four “technically successful” carbon dioxide injection projects Occidental has done in the Permian, Hollub said.

Other tests have concluded it is really hard to pressure up a fractured shale reservoir with CO2 injections—the gas tends to escape from fractured wells.

“We are working out how to make it work. What are the logistics for making it work,” Hollub said, adding that it will be “something the industry can adopt and apply.”

Occidental and others looking at the need for carbon-capture businesses to find a way to make money on a gas that society wants to get rid of.

United Airlines invested because it is looking for a way to offset the carbon emissions resulting from burning jet fuel. There is no alternative in sight for jet fuel, so airlines are among those looking for ways to pull carbon dioxide out of the atmosphere to offset those emissions.

“The only way we can truly make a dent in the levels of atmospheric carbon is through direct air capture and sequestration,” said Scott Kirby, CEO of United, when announcing the investment.

Carbon Engineering, which developed the gas-capture method used by Oxy said some of the carbon dioxide can be used for making plastics or concrete, but so far there is a short list of products that can provide long-term storage.

The gas captured by Occidental will either be injected in saline reservoirs or into oil fields. And since a lot of the CO2 normally remains in the ground, that oil comes with a reduced carbon footprint.

The storage potential in the Permian, where Occidental hopes to eventually have 12 to 20 facilities, totals 150 gigatons, which represent about 28 years of US carbon emissions and 4 years of global output, Hollub said.

It is a huge undertaking with many unanswered questions. US lawmakers are hopelessly split on creating a system that puts a price on carbon emissions, and the standards applied to valuing carbon offsets are murky, so Occidental is moving ahead based on its judgment of the future.

For example, some companies are buying offsets in protected forests that are not likely to affect emissions because tree cutting there is banned, she said.

Accounting for carbon emissions based on hydrocarbon use is another gap Occidental is working to fill.

“There has to be a well-respected organization or group of organizations that can track molecules from reservoirs to end-product use,” she said.

Farah and learning the rhythms of art and...

Ain Expo..modern ideas that open the way for...

60 years later, once again a discovery is...

When the Tabla and Kathak meet Emarati song...

Beautiful celebration of the Latvian National Day at...