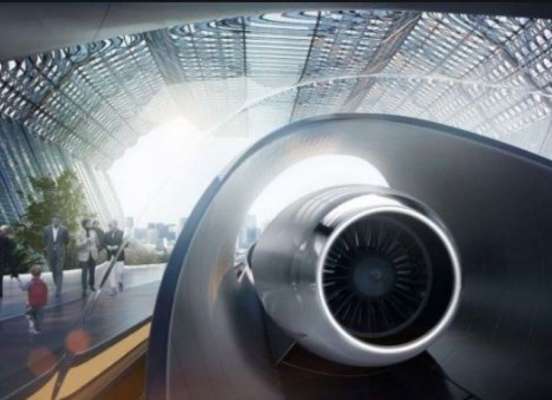 Chandigarh: Recently Punjab government has decided to explore the possibility of Hyperloop Transport Infrastructure Project in Amritsar, Ludhiana, Chandigarh, National Capital Region (NCR). According to the company, through this Amritsar-Ludhiana-Chandigarh corridor, the journey of five components of the road will be completed in 30 minutes. Additional Chief Secretary Vinny Mahajan said that the government has entered into an agreement with Virgin Hyperloop One, a Los Angeles company, which will explore the possibilities of this project from the economic side. <!–

–> The company will be supported by Dubai-based investor DP World. In the presence of CM Captain Amarinder Singh and DP World CEO and MD Rizwan Sumar, the agreement was signed by Shiva Prasad, Principal Secretary (Transport) and Herz Dhaliwal, MD of the company’s Middle East and India.

According to information received from sources, a separate agreement is being negotiated by the Virgin Hyperloop with the Haryana Government to find the possibility of extending it from Punjab to the National Capital Region. The CM said that Punjab wants to be the second state in the country after Maharashtra to construct a hyperloop system. We especially wish to explore the possibility of hyperloop system in the state so that it can be connected to other parts of the country. According to Invest Punjab consultant, Moshe Kohli, the first prospective study of the Hyperloop Project will be completed in six weeks. Aspects such as project price, demand and social and economic benefits will be evaluated.

What is Hyperloop: For information, let us tell you that Hyperloop is based on the idea of Kharabapati entrepreneur Elon Musk. It consists of a vacuum tunnel or tube, a railway track and a vehicle. At high speed, it floats above the track. This passenger or cargo speeds up due to less friction. In this, passengers travel like a traditional train but due to the high speed vacuum, they realize air travel.

Disclaimer: This story is auto-aggregated by a computer program and has not been created or edited by Dailyhunt. Publisher: News Track English

Diam to trial ‘Water from Air’ systems in Oman