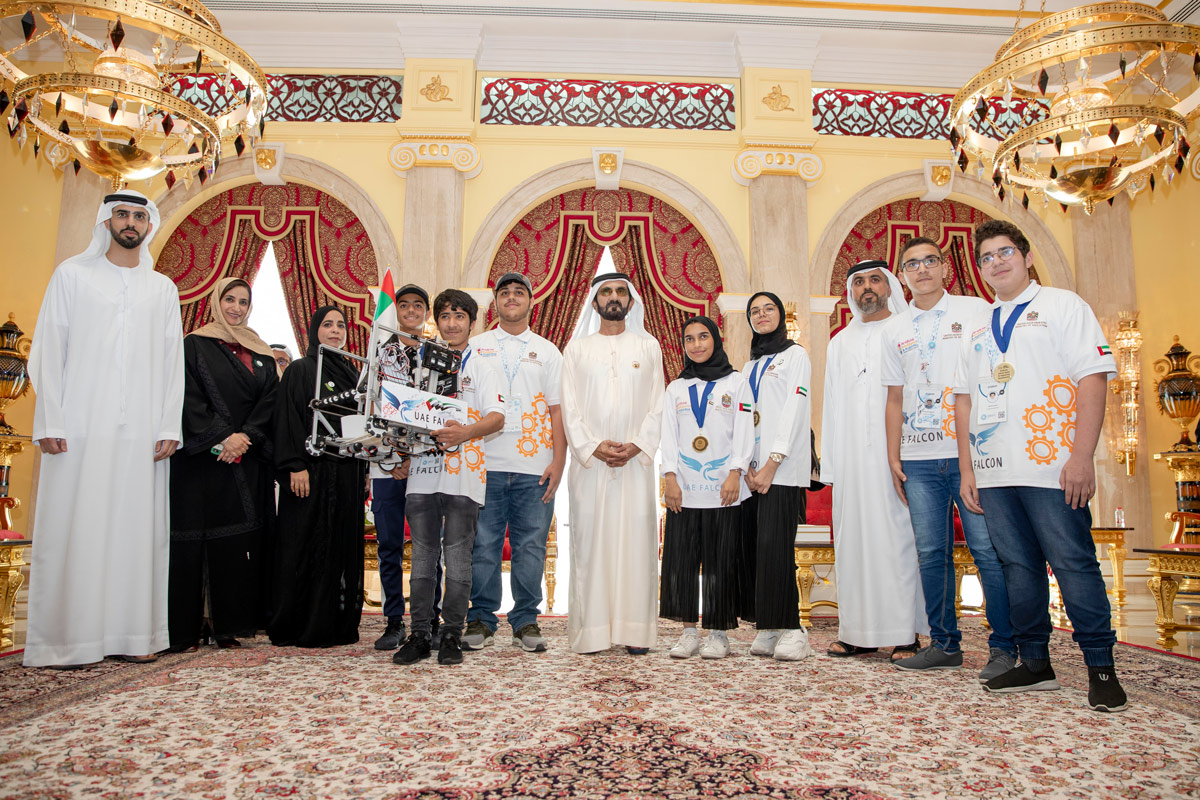 Sheikh Mohammed congratulated the team, who won the gold medal in the best engineering design of robot category and wished them the best of success in their future endeavours. The reception was attended by Jameela Salem Al Muhairi, Minister of State for Public Education; and Omar Sultan Al Olama, Minister of State for Artificial Intelligence.