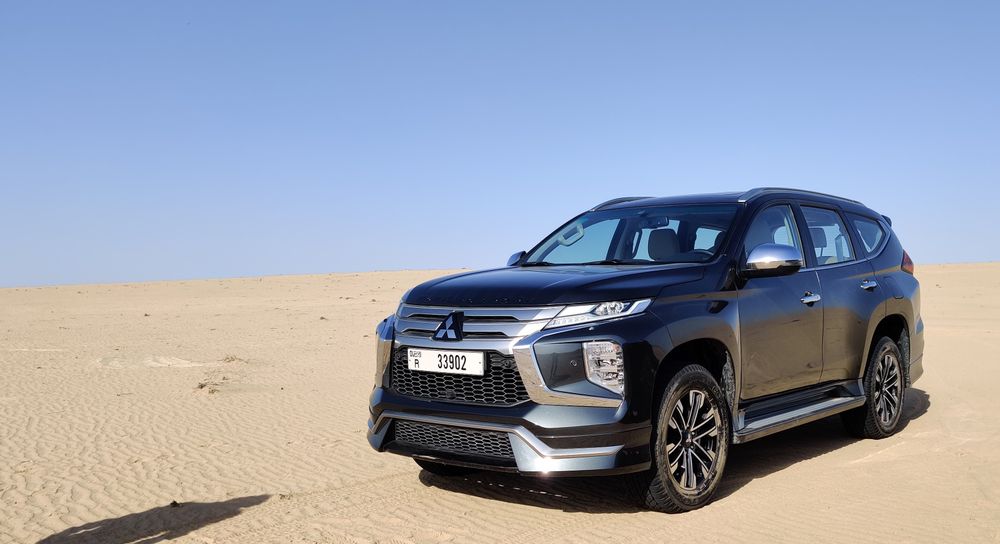 Those of you who have been following our journey, would know that YallaMotor is part of the jury panel for the prestigious Middle East Car of The Year awards. An annual event that sees respected journalists from across the Middle East come together and rate vehicles to pick the ultimate Car of The Year, is a fun and exciting event for manufacturers, dealers, and jurors alike.

This year, Mitsubishi Motors Middle East invited us to meet with the team and drive four of their nominated vehicles: the ASX, the Montero Sport, the Outlander PHEV, and the L200 pick-up truck. The day began with a scenic helicopter tour across Dubai, which was soon followed by a fabulous lunch at the Bab Al Shams Desert Resort and was completed with a great press conference before we were divided into groups and the activities began.

Our adventure started with a guided off-road drive at the nearby Al Qudra desert in the Montero Sport. Although we weren’t allowed to drive, Ashfaq the marshal made sure to display the capabilities of the Japanese SUV by driving skillfully through rutted paths and challenging dunes. With no deflation whatsoever, the Montero made its way deep into the dunes, without the need to ever resort to Low range or the rear differential lock. The transmission delivered power in a linear fashion and it was clear that the Montero Sport was handling the terrain with total ease.

After that it was time for us to jump into the Outlander PHEV, except this time we were behind the wheel and on tarmac. Although a perfectly normal SUV in every sense, the PHEV did require some getting used to, specifically the gear lever, it’s quite different to the P, R, N, D, we see in most other vehicles. But after setting it into motion, the benefits of the PHEV powerplant were quickly noticeable. 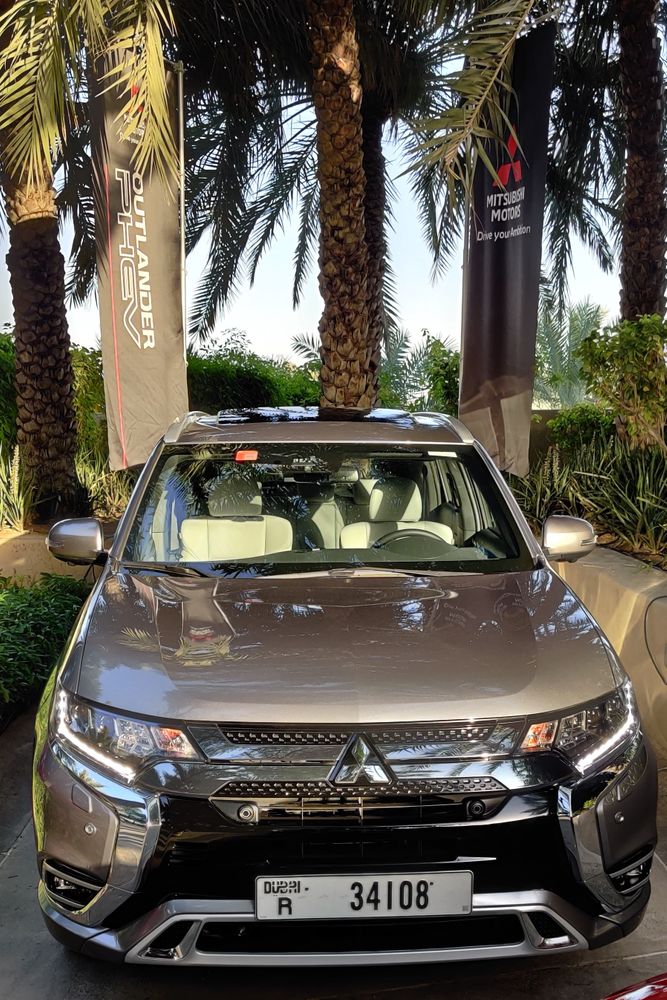 You see, a PHEV differs from a regular Hybrid in quite a few ways. For starters, in a PHEV the petrol engine can be used to charge the batteries and so you get three drive modes, whereas in a traditional Hybrid, the batteries are only charged when braking or decelerating (without much intervention from the driver). The other big benefit of a PHEV is that you control when the engine kicks in, meaning you can drive up to 65 kilometers and up to speeds of 130 km/h in complete EV mode without a drop of fuel, something that isn’t possible in a traditional hybrid.

The refreshed ASX, which made its debut at the Dubai International Motor Show, now follows the brand’s design language more closely, bearing greater resemblance to the Montero Sport and the L200. The bold snout is embellished with chrome and sharper edges, while the rear taillights receive a modern uplift. A mid-size crossover, the ASX has always been a great option for small families and it continues to be, now with upgrades that make it even more attractive. 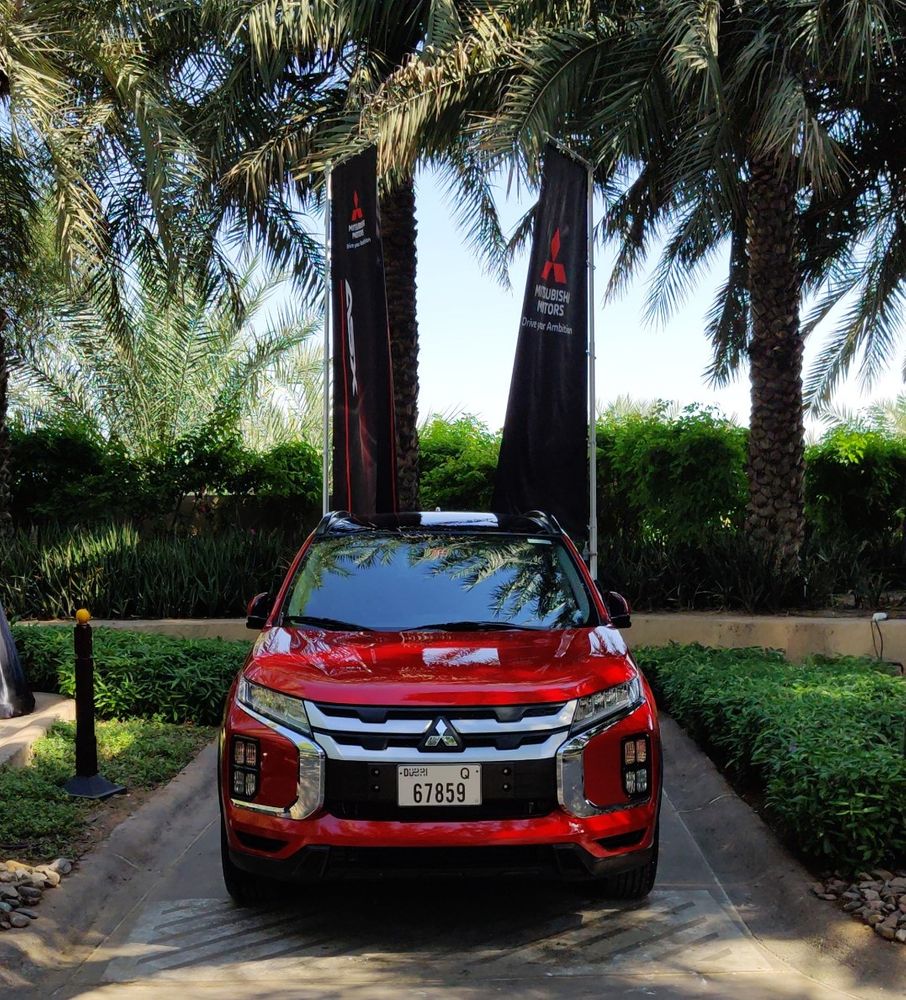 Despite being fitted with a 3.0-liter engine, the Montero Sport never felt underpowered. Instead, the 8-speed automatic transmission is tuned brilliantly to always make sure there’s enough punch when needed. When not going pushing it to its limits, the Montero sucks up bumps in the road well and is extremely easy to drive, being smooth and offering brilliant outward visibility. 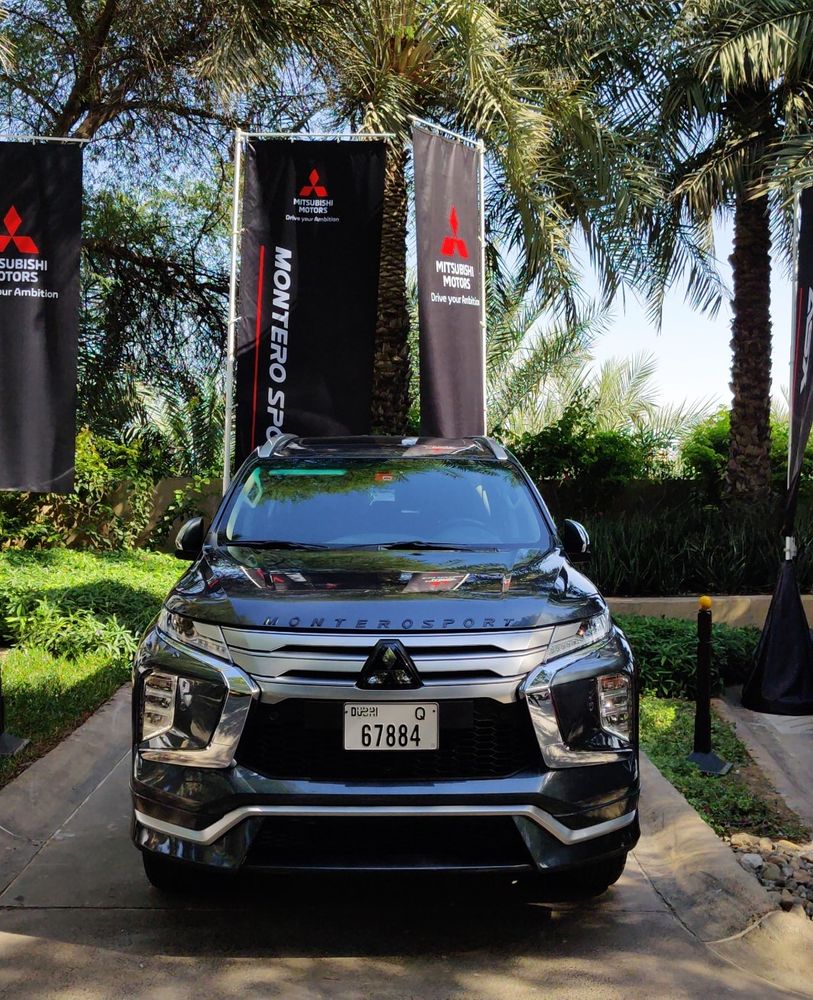 The commercial L200, which we drove at the end of the day, remained our highlight. It’s strange but it’s cars / trucks that we don’t usually get access to that we enjoy the most. The L200 is a commercial workhorse in every way possible. It’s tough, it’s rugged, it’s bouncy, it’s loud, but it’s also so damn enjoyable! With a 5-speed manual transmission, it was a pleasure to drive and the guys at Mitsubishi were quick to point out why it continues to remain a favorite among fleet buyers.

On the whole, it was great to meet the team behind one of the largest brands in the Middle East and drive their line-up of vehicles. Now if you’ll excuse us, we need to get the scorecards out and begin marking…