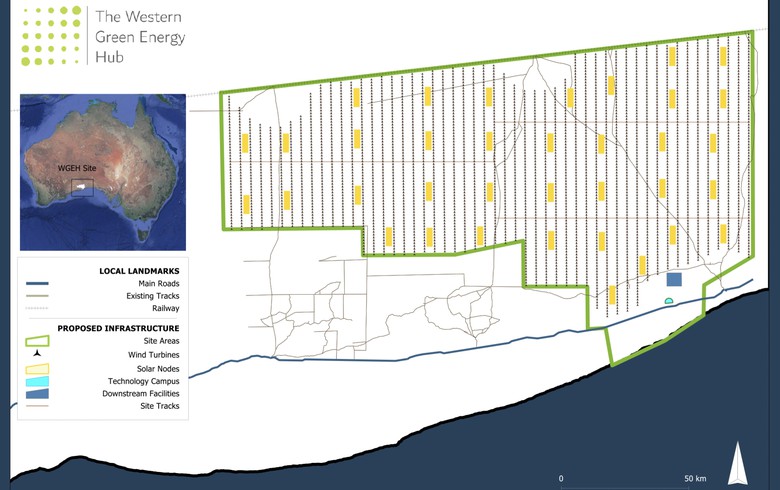 The final investment decision (FID) on the project is targeted for post-2028, while its total build-out capital cost is estimated at around USD 70 billion (EUR 59bn).

The hub is proposed to be constructed on 15,000 sq km (5,792 sq mile) of land in the South-East of the state, across the Shires of Dundas and the City of Kalgoorlie-Boulder. The developers have concluded that this region provides an optimal diurnal profile for renewable energy, having consistently high levels of wind and solar energy over a 24-hour period. They note that the green fuels produced at the site will cater to future demand from multiple sectors, including in co-firing in power generation, shipping, heavy industry such as steel, chemicals and mining, and aviation.

Mirning Green Energy Ltd is a fully-owned subsidiary of the Mirning Traditional Lands Aboriginal Corporation, a Registered Native Title Body Corporate (RNTBC) that manages the land of the WA Mirning People. They will have “a meaningful carried equity stake” in the project.

The WGEH is InterContinental Energy’s third massive project and the largest of the bunch as well. In particular, the company is also involved in the 26-GW Asian Renewable Energy Hub in Western Australia, which failed to secure an initial environmental permit last month, and the 25-MW Green Energy Oman project.

Investment Corporation of Dubai Pavilion at Expo 2020, a Haven of Serenity