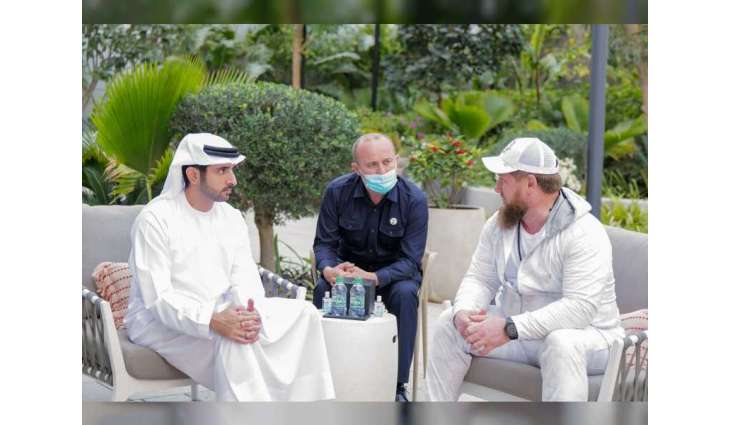 Sheikh Hamdan and the Chechen President discussed bilateral relations and means to further strengthen them in various fields.

Kadyrov praised the successful arrival of the UAE’s Hope Probe to Mars and its entry into orbit. He noted that this achievement would enhance the country’s stature regionally and internationally.

Present at the meeting were Mohammad bin Abdullah Al Gergawi, Minister of Cabinet Affairs, and Omar bin Sultan Al Olama, Minister of State for Artificial Intelligence, Digital Economy and Teleworking Applications, along with a number of officials.