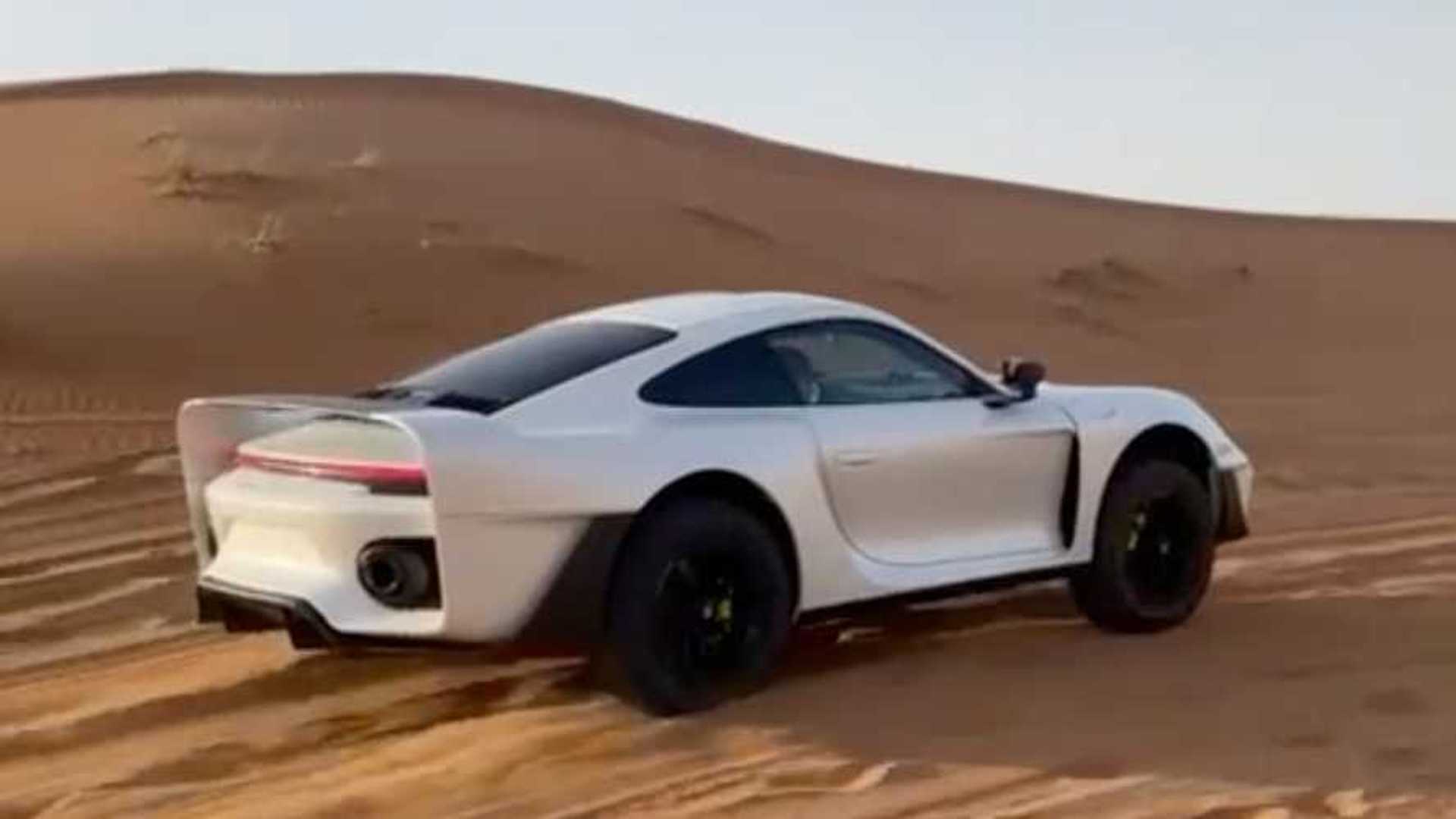 Just last year, Marc Philipp Gemballa, son of the infamous Uwe Gemballa, teased drawings for an off-road Porsche 911 project. Keen readers will know that the endeavor is heavily inspired by the 959 that competed in the 1986 Paris-Dakar rally – where the German automaker produced a 1-2 finish. One of the prototypes was recently spied prowling around in the sand dunes of the Al Faya desert in Sharjah, UAE.

“We literally just came back from the desert after five days of intensive testing and filming of our official launch film, which we release later this month,” said the younger Gemballa. He also confirmed that both of these videos are legitimate.

We can’t be exactly certain, but it looks like the off-road Porsche will receive much more than just a lift kit and some big tires; it will likely receive an equally hefty upgrade in the powertrain department.

However, many of you will know that power is nothing without control. Thankfully, BF Goodrich and Michelin have teamed up with Marc Philipp Gemballa GmbH to provide beefy tires for such a brawny vehicle. Other partners include Akrapovic for exhaust, VELA Performance for engineering, DS Fasertechnik for carbon fiber, and KW for suspension.

The footage doesn’t give us a very detailed look at the body panels, but everything appears to have a very similar aesthetic to the renders and drawings that we’ve seen before. With the official video being released later this month, we remain excited to see the sights and sounds of the finished product.