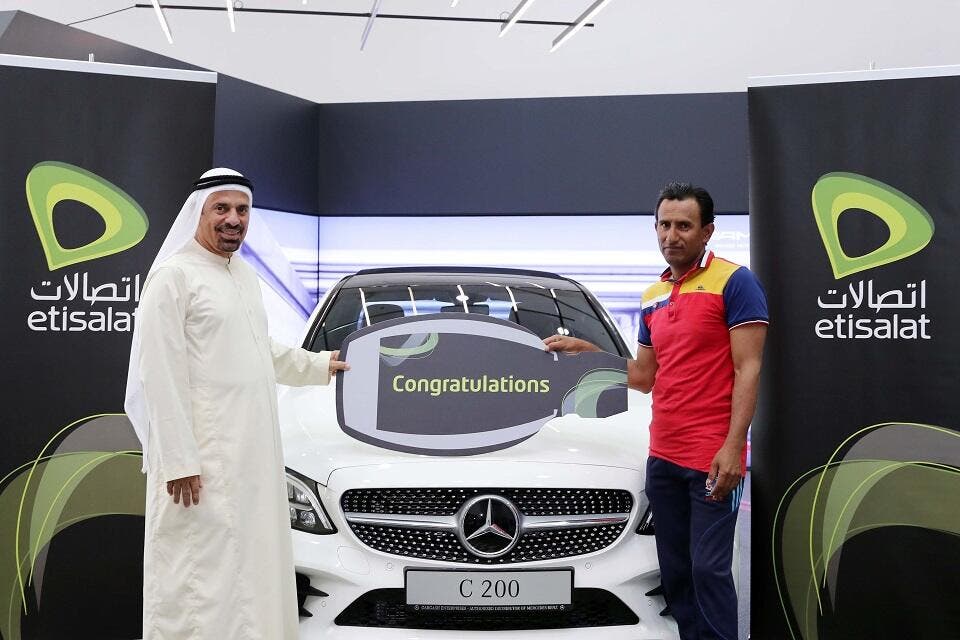 Etisalat handed over 2019 Mercedes-Benz C-Class cars to the first and second winners of its Caller Tunes ‘Win a Car’ promotion conducted at Etisalat’s main headquarters in Abu Dhabi.

The ‘Win a Car’ promotion runs from 4th  March to 4 th   June 2019. Customers simply need to subscribe or purchase caller tunes or any package such as Salati (prayer time tunes), Music Channel, and VIP Plan, to enter the raffle draw for a chance to win a Mercedes C class 2019 model car. They can buy the tunes from IVR-144, USSD *444#, Caller Tunes by Etisalat app, or log on to  https://callertunes.etisalat.ae/ .

During the promotion period, customers can download as many tunes from any Caller Tunes channel. Customers with the highest downloads will have a bigger chance to win the car. The third and final draw is scheduled to be held on 12th  June.