Dubai-based New Media Academy, the first-of-its-kind digital academy supporting a new generation of content creators in the Arab World, is launching a six-day Storytelling Programme delivered by renowned screenwriting guru Robert McKee — with the aim of developing 1,001 storytellers from the Arab region.

Robert McKee has had an immense influence on popular culture and the decade’s great TV and film hits. He has dedicated his career to teaching major media and literature celebrities inspirational storytelling for cinema, television and other fields requiring creative writing. He has consulted with the world’s most influential corporate storytellers — such as Microsoft, Nike, Siemens, Pixar, Disney, BBC, Nickelodeon and Miramax.

Collectively, alumni from Mckee courses have tallied 200 Oscar nominations and 60 Oscar wins between them. They have gone on to be nominated for over 1,000 Emmys, and have scooped up 50. They share 50 DGA wins from 100 nominations, and 100 WGA wins to go with 250 nominations.

“Every company should strive to be a content company, it is vital. The content you create should mean something, and make your audience connect with it, crave it and want more of it. One of the core elements of great content is the story being told, it is how the content becomes meaningful, memorable, effective, lasting and ultimately valuable. On the art of storytelling, there is no better human being to learn from than Robert McKee, and New Media Academy is thrilled to be able to give the Arab World the ability to learn from the greatest storyteller alive,” said Rashid Al Awadhi, CEO New Media Academy.

“This is in line with our goal to nurture creative talent and support the development of the region into a vibrant content creation hub,” he added.

The course reinforces the powerful idea that stories lie at the heart of what marketers, social media enthusiasts, script writers, journalists and public relations professionals do. It wants to influence everything people create, in real life, on social media and in the workplace. The six-day course aims to empower content creators to tell great stories more effectively irrespective of the field they’re in, and share common human experiences.

“Nothing expresses a culture’s vision and values as powerfully as its storytelling. A well-told story unearths a universal human experience, then wraps itself inside a culturally specific expression. The New Media Academy’s brilliant vision for the future of Middle Eastern narrative art has captured my imagination and enthusiasm. Whether Arab content creators work on screen, page, stage or digital platforms, in entertainment, marketing or the business world, the New Media Academy’s in-depth education will give their unique stories globe conquering power. I am very pleased and proud to add my teachings to this bold, creative venture,” said programme creator Robert McKee.

The intensive course takes participants through the principles of story construction, while introducing them to key archetypes and universal forms. It unveils the realities of writing and teaches audiences to master the art of telling an original compelling story while respecting target audiences, and without second-guessing what the marketplace desires. Authenticity is put at the centre of the compelling story creation. 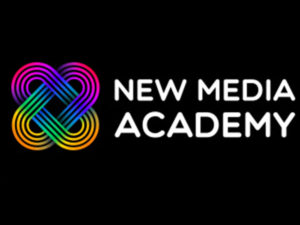