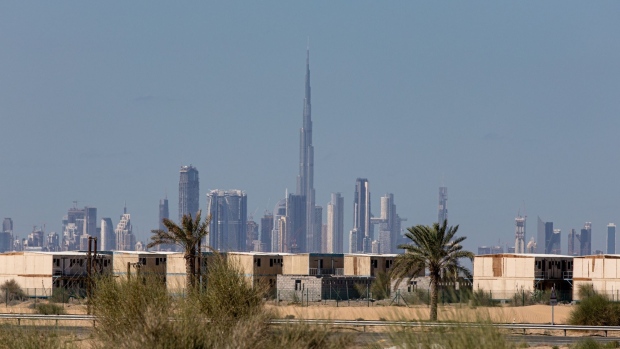 Abandoned buildings stand on the city perimeter beyond the Burj Khalifa skyscraper, center, and other skyscrapers on the city skyline in Dubai, United Arab Emirates, on Saturday, Dec. 21, 2019. Dubai’s spending will surge next year as it prepares for World Expo 2020, according to the budget the government approved on Sunday. , Bloomberg

Dubai World made a final payment of $8.2 billion to creditors two years ahead of schedule, completing a debt restructuring that weighed on the emirate for almost a decade.

The government-owned conglomerate made the payment — due in September 2022 — using funds from its portfolio of companies, it said in a statement on Tuesday. The company has repaid $18.9 billion to creditors since 2011.

It comprises a $16.9 billion repayment to original lenders, including capitalized payment in kind, as well as $2 billion in cash interest.

The repayment was achieved through:

“The full repayment represents an important milestone for both Dubai World and for Dubai,” Dubai World Chairman Sheikh Ahmed Bin Saeed Al Maktoum said in the statement. “Dubai World will focus on streamlining and strengthening its efforts to deliver long-term value for all stakeholders.”

The Romanian Marketers from Retina/Transiris earn “Agency of...

Phase one of Dubai 10X concludes

Flying the flag for Siemens Energy at Masdar...